This week is a bit of an odd one. Originally I was writing a delightful post about death, decomposition, and Christmas trees. In terms of information, it was pretty good. Unfortunately it ended up incredibly dry and morose (is that strange for a post about death?), so until I can get it a little more upbeat, it’s been put on hold (I maintain that deceased Christmas trees are a fascinating topic).

So instead of that, I’ve come down to the botanical gardens in Sheffield to put some thoughts together about the ecological benefits of one of the main points of contact between humans and the environment: parks. 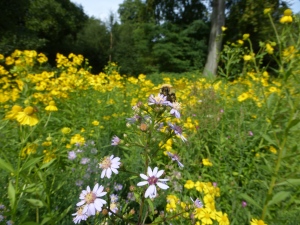 Of course from a walker’s perspective, a park is a good place to pop out to if you don’t fancy travelling too far. Indeed even as I’m sat here there’s a fantastic mix of elderly folks, young families, students, and people from all sorts of other walks of life walking through. There are even a bunch of folks out tending to the gardens. For some maybe it’s a day out, for others it’s a convenient path from A to B, but regardless of what they’re doing these folks are surrounded by more ecology than one person could fully understand in a lifetime, even in less than a kilometre square. 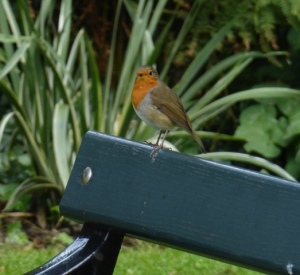 Parks are a very interesting topic, ecologically speaking. They’re little pockets of “nature” in amongst the man-made environment we live in. But of course the vast majority of parks (if not all of them) are pretty much totally “man-made”. We have dictated where there should be grass, trees, shrubs etc. The leaves which fall are usually cleared up because they look messy (it’s even called leaf “litter”). The plants which you find in parks are often combinations which would never occur naturally, and if they did, one species would usually outcompete the other. So how much ecological value do you get from such a structured system?

Well in the case of Sheffield botanical gardens, there’s a pretty high biodiversity. There are more species of plant in this small area than most other spaces of this size in the UK. With them come a wide range of insects and other animals. So there’s a lot here for “generalist” species, which eat a wide range of food. For instance bees love a varied diet. A park is like a giant buffet to bees. There is food right the way from early spring until late autumn depending on which plants are flowering, and studies have found that bees get better resilience to infections with a varied diet, so they love it. 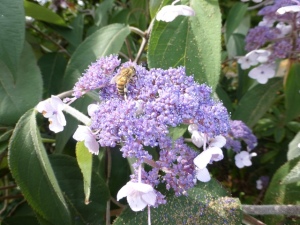 But what about “specialist” species? These are species which have very small ‘niches’. Think of them as fussy eaters, but often very important ones. There are tons of different habitats in a park, but each of them is relatively small. You might have one flower bed which contains a certain type of plant. If you are an animal which can only feed on that single species, then the rest of the park may as well be concrete for all the good it’ll do you. Indeed it may be even worse than that. The rest of the park might be packed full of vicious predators.

So a park (like any other habitat) has pros and cons for different species. But there are other ways to view habitats. One which is very popular at present is the “ecosystem services” approach, and (assuming I don’t get distracted by the next shiny thing to come along) that is what I’ll be looking at in my next blog post.

Published by The Rambling Ecologist

View all posts by The Rambling Ecologist

One thought on “Nosey Park-er”